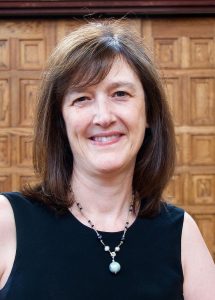 For the most up-to-date information on the Sherwood Lollar Research group, please visit: www.bsherwoodlollar.weebly.com

I.  Research Program in Ancient Waters and Deep Subsurface Biosphere 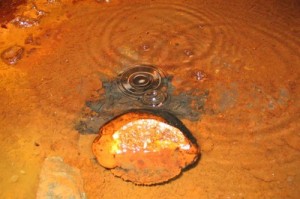 Dr. Sherwood Lollar’s pioneering research on the geochemistry of deep crustal fluids has focused on fracture fluids 1-3 km deep in Precambrian Shield rocks across Canada, Fennoscandian and South Africa.  Her 2002 paper, highlighted on the cover of Nature,demonstrated that saline groundwaters in hydrogeologically isolated fracture networks in such ancient crystalline rock were dominated by the products of water-rock interaction including both mM concentrations of hydrogen derived from radiolysis and serpentinization; and abiogenic hydrocarbon gases produced via Fischer-Tropsch synthesis and polymerization reactions (Sherwood Lollar et al., 2002).  Subsequent papers provided isotopic models to deal with the difficult problem of distinguishing between abiotically generated hydrocarbons and conventional biologically-produced methane (Sherwood Lollar et al (2006) Chemical Geology; 2008 GCA: Etiope & Sherwood Lollar ( 2013) Reviews of Geophysics) and are highly cited not only in hydrocarbon geochemistry but by colleagues in astrobiology and space exploration.  In 2006, in Science, Sherwood Lollar and colleagues in microbiology (Lin et al., 2006) demonstrated the role of such H2-rich fluids in sustaining chemolithotrophic microbial communities at 2.8 km below the surface in the deep gold mines of South Africa 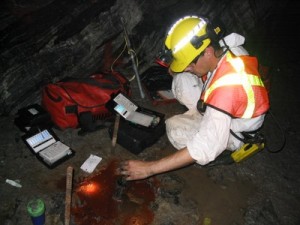 – one of the deepest microbial ecosystems yet discovered.  Most recently, by incorporating conservative noble gas tracers, Sherwood Lollar’s work has demonstrated the extreme antiquity of these hydrogeologically ancient fracture waters – with residence times ranging from tens of millions of years in the Witwatersrand basin (Lippmann-Pipke et al (2011) Chemical Geology) to billions of years in the Timmins mine in Northern Ontario Canada (Holland et al., 2013 Nature: (Warr et al (2018) Geochimica et Cosmochimica Acta).  Continuing work in this area seeks to determine the extent and volume of this isolated hydrosphere; to determine the relationship of the free flowing fracture waters to trapped fluid inclusions; and to determine the habitability of this exotic realm of the deep subsurface and its implications for the search for extinct or exta
nt life on Mars and elsewhere. 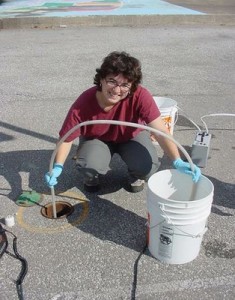 Dr. Sherwood Lollar’s research in groundwater quality and remediation – specifically investigations of degradation of toxic organic compounds using stable isotopes – led the field of stable carbon isotope analysis in environmental geochemistry of organic contaminants in groundwater.  Her research established the scientific principles involved in using compound specific stable carbon isotope signatures, rather than just concentration levels of contaminants, to determine the source of contaminants in groundwater and to track their movement, fate, and particularly, the effectiveness of proposed environmental clean-up strategies.  A fundamental aspect of Dr. Sherwood Lollar’s research involved recognizing the ability to develop Compound Specific Isotope Analysis (CSIA) as a novel quantitative tool.  One of Sherwood Lollar’s earliest papers in this field (Sherwood Lollar et al (1999) Organic Geochemistry) provided the first quantification in the literature of the dramatic isotopic fractionation effects involved in biodegradation of chlorinated solvents compared and contrasted to petroleum hydrocarbons, and presented a framework of essential criteria for successful field applications.  In a series of key papers to follow, her research team demonstrated that isotope fractionation during biodegradation of a host of priority organic contaminants is typically controlled by a Rayleigh distillation model. This reproducible and predictable behaviour is essential for the use of isotope fractionation as a means, not just to identify and monitor biodegradation, but to provide an alternative quantitative measure of the extent of biodegradation and a new basis for calculation of biodegradation rates.  Dr. Sherwood Lollar is one of lead authors of the United States Environmental Protections Agency EPA Guidance Document (EPA 600/R-08/148) on the CSIA approach for evaluating environmental clean-up and risk assessment of groundwater contamination. 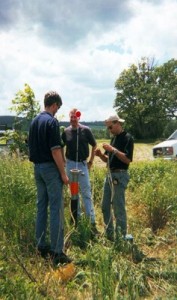 A second important aspect and corollary of these results is that the degree of fractionation observed during transformation of a compound is controlled by the specifics of the reaction mechanisms, or which bonds are broken.  This second important feature of Sherwood Lollar’s research was explored in a series of impactful publications that demonstrated the ability to use CSIA to identify different reaction mechanisms at work at field sites. In situ degradation remediation schemes involving both biotic and abiotic processes are a major focus of R&D on site remediation for organic contaminants.  Dr. Sherwood Lollar’s research enabled CSIA to improve assessment of remediation effectiveness and to improve capacity for trouble-shooting and optimizing remedial schemes by providing an innovative natural probe for distinguishing degradation processes – a feature recognized by the prestigious 2012 Eni Prize for Protection of the Environment (https://www.eni.com/it_IT/home.page).  In most recent work Sherwood Lollar’s group is demonstrating that CSIA is sensitive enough to identify differences in enzymatic activity controlling degradation of key pollutants.  Their work recently demonstrated that for degradation of some chlorinated ethanes via a single C-Cl cleavage, subtle differences in the details of the enzymes-substrate interactions can have profound effects on the observed fractionation compared to abiotic and theoretical KIE. This was shown both in systems where the same enzyme acts upon two different substrates (1,1,1-TCA and CF; Chan et al., 2012) and where two distinct yet similar enzymes act on two similar substrates (1,1,1-TCA and 1,1-DCA) (Sherwood Lollar et al., 2010). Novel applications at contaminated field sites include high resolution CSIA to derive in situ biodegradation rates (Passeport et al., 2014; 2016 ES&T) and applications of CSIA to investigate environmental fate of HCH compounds (Chartrand et al., 2015 RCMS) and CFCs (Horst et al., 2015; 2016 AnalChem).