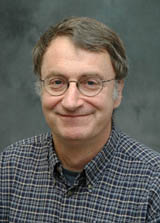 Understanding the breadth and detail of geologic time has had a huge impact on culture as well as on science. The first valid measurement of the true age of the Earth was only made about 50 years ago and greatly expanded our vision of the universe. Since then dates on rocks, minerals and meteorites have often furnished decisive evidence for or against competing theories on the origin and evolution of our planet. My work and that of my group at the Jack Satterly Geochronology Laboratory focuses on the precise measurement of geologic time. Our tool of choice is the uranium-lead isotopic system in the mineral zircon. There are several other long-lived radioactive decay systems and other rock/mineral hosts that we can use but zircon usually gives the most accurate ages for the geologic events that have accompanied significant phases in Earth’s development. Our lab is the birthplace of high precision zircon dating thanks to the pioneering work of its founding director, Tom Krogh. It has consistently maintained the world’s lowest contamination levels, giving us the ability to analyze the smallest samples. This is a critical advantage in selecting the most pristine and representative material.

Studies of Earth’s past often produce a mass of poorly connected observations due to the incomplete nature of the geologic record. It is the geologist’s task to connect these observations into a coherent model that describes a sequence of events. These models are usually based on some theory about how the Earth works, such as plate tectonics. With precise ages we can work out the sequence and duration of events in the remote past and compare this to what is predicted by different models. Geochronology is one of the few methods in Earth science that allows robust testing of theories, which is how scientific progress is made.

Good geochronology is demanding. It requires the highest level of laboratory discipline but geochronologists can choose to work on diverse problems throughout the world with other specialists. This gives a broader overview of Earth science than many other fields and the chance to contribute to a large range of other disciplines. The isotope field is now expanding rapidly due to development of new instrumentation that opens up most of the periodic table to precise isotopic analysis. New applications of geochronology and isotope geoscience are limited only by one’s imagination.

The work of colleagues at our lab, students and myself has contributed to solving a wide range of problems. Some of this work is central to my research, in some of it I was involved only as a facilitator and source of advice. Together it represents the collective effort of an outstanding research team. Below are a few examples.

Cosmology – early evolution of the solar nebula
This work is funded by the Canadian Space Agency. Our former research associate Yuri Amelin discovered that meteorites could be dated to unprecedented precision by applying the same ultraclean methods that we use on zircon. This produced an age of 4567.2 ± 0.7 m.y. on refractory inclusions in primitive meteorites and 4564.7 ± 0.6 m.y. on silicate chondrules. The first age is effectively the birth of the solar system. The second records the interaction of the newly born sun with its surrounding disk of pre-planetary dust particles. The duration of these events is important for understanding how planetary systems form.

Doing a lot with little – understanding the first 500 m.y. of Earth’s history
The Hadean eon, which lasted from the formation of Earth at about 4500 m.y. to the oldest known rock at about 4000 m.y. left almost no geologic record. The only known evidence of what Earth was like during this period is preserved in rare detrital zircons found in much younger sandstone from western Australia. The oldest of these is dated by others to about 4400 m.y.. Yuri Amelin and I have studied zircons from this period using a variety of approaches besides U-Pb dating, including trace elements, hafnium and oxygen isotopes and electron beam imaging methods. The results hint at an early differentiated crust that was subject to a weathering cycle. This early crust was almost totally destroyed near the end of the Hadean.

Tectonics – how did continents grow?
My work has concentrated on the development of Precambrian cratons particularly the Archean Superior province in Canada and the Man shield in West Africa with excursions into the Neoproterozoic Avalon terrane of eastern Canada. Geophysical and geological evidence including numerous ages indicates that the Superior craton grew by accretion of oceanic and older continental terranes, similar to the way continents grew in the recent geologic past. Thus, the plate tectonic cycle was apparently well established by the late Archean. Part of this work involved documenting in detail the sequence of events leading to mineralization of gold, base metals and platinum and is thus of great interest to economic geology. In recent work on Cretaceous magmatism in the Chilean Andes we are measuring ages with errors of a few 100 Ka to understand how plutons are emplaced.

Hf isotopic evolution of the mantle – mining our zircon collection
The Geochronology Lab has built up a collection of over 5000 dated mineral separates from previous projects. This is invaluable material for future research as new analytical methods are developed allowing us to study minerals in new ways. Hafnium is present in zircon as a minor but significant element. Its isotopic composition in the Earth changes slowly with time because one of its isotopes is the decay product of a long lived radioactive rare earth isotope. Zircons have so much hafnium that its isotopic ratio is effectively frozen in at the time of crystallization, recording the isotopic signature of the magma from which the zircon formed. Recent advances in mass spectrometry have now made hafnium isotopes easy to analyze. I am therefore exploiting the collection to document how the depleted mantle reservoir has evolved over time. This will indicate the rate of growth of its complementary reservoir, the continental crust and possibly resolve a long debate over whether the crust grew gradually over time or rapidly near the beginning of Earth history followed by a long period of recycling. The collection has also been used to study oxygen isotopes and trace elements in zircon.

Paleobiology – what drives mass extinctions?
The fossil record in the Phanerozoic eon shows evidence for many abrupt mass extinctions separated by periods of relative stability. There are many theories on why these extinctions occurred including meteorite impact and large volcanic eruptions. Volcanic ash layers can be used to constrain ages of fossil boundaries which can then be correlated in time with major igneous events. Sandra Kamo’s work on the largest known Phanerozoic flood volcanic event, the Siberian traps, has shown that it was synchronous with the largest known mass extinction at the Permo-Triassic boundary at 251.3 ± 0.3 m.y. The release of massive amounts of carbon dioxide during the eruptions must have been a major driving force for the extinction. The continental shields are cut by a network of large mafic dyke swarms with numerous ages, the result of ancient plume impact events. These represent feeders to flood basalts that are now eroded away. Many of these may also have induced massive environmental changes whose record was poorly preserved by the early microbial biosphere but which can be revealed by carbon isotopic changes in sedimentary rocks. Dating dyke swarms is an ongoing part of our research. Correlating them with the sedimentary record using methods for precisely dating diagenetic minerals will be an important new challenge for geochronology.