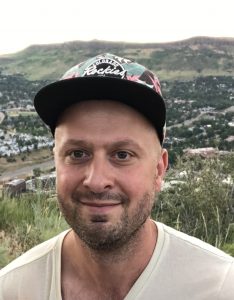 The World Health Organization has stated that “Climate change is the greatest threat to global health in the 21st century”. To address the climate crisis, every effort must be made to reduce the release of greenhouse gases into the atmosphere. Indeed, for Canada to achieve its 2050 goal of net-zero emissions, innovations in green energy and carbon dioxide (CO2) storage technology are essential. I believe that geophysics plays an important role in this goal through the strategic value of certain natural resources. The overarching vision of my research program is to develop novel geophysical methods which will enable geothermal energy, critical minerals and carbon capture & storage (CCS) solutions to the climate change problem – a multifaceted approach helping Canada and the world transition into a net-zero emission future.

Geothermal energy:
As of 2020 Canada generates no large-scale electrical power from geothermal systems. Recent US Geological Survey estimates have indicated that there may be as much as 30GWe of undiscovered hydrothermal resources (enough electricity for about 30 million North American households) and over 500GWe of enhanced geothermal system (EGS) resources in the United States, but whether similar potential exists in Canada remains to be seen. I am interested in developing new geophysical methods for geothermal exploration and EGS characterization, which will assist in domestic resource estimation and impact the future energy mix of our country.

Critical minerals:
Canada has long been a leader in mineral exploration and has a significant green energy-enabling critical mineral resource potential. I am interested in developing innovative and cost effective geophysical exploration techniques which will lead to new domestic discoveries and benefit the Canadian economy, particularly in light of the recently finalized Canada–U.S. Joint Action Plan on Critical Minerals Collaboration.

Carbon capture & storage:
With several large-scale commercial and demonstration projects underway in Canada, there is a need for monitoring technologies to ensure that CO2 does not leak or seep to surface after storage. I am interested in developing unique subsurface imaging solutions including time-lapse geophysical surveys, which will impact future energy policy via the development of reliably monitored domestic CCS sites.